Hi Babessss
How is everyone doing?
Ok, I'm sorry to offend anyone who is super vegan or anti-consumption of meat or whatever but this is a crazy story.
So I had posted a while ago about Jeffree leaving Cali and finding his beautiful calling as a farmer in Wyoming and shit.... well now some fans are pretty pressed about what really is going on behind the scenes at this farm. As we all know and probably remember, Jeffree has posted a lot of Yak pictures of him loving on them and stuff......
Well, an insider recently posted an article talking about this and they are pretty confused about his intentions with his farm.
They write in the article "he has documented himself going to local markets, where yak farmers sell yak wool and yak meat, but Star doesn't appear to have a yak-associated business yet."

another article was published and this time it went more into detail about his companies overall mission statement explaining "Star plans to sell natural yak fibers, clothing, edible pet treats, butcher shops and butchering services and breeding and stud services for yaks".

Many people were pretty mad about these articles because in the past Jeffree has posted a lot of Pro- vegans like his makeup products and etc... so this whole approach pretty much screamed that he did it for the marketing and revenue of capatilizing on "vegan" than being in full support of the idea. But I mean how could people be so easily fooled,,, didn't he thoroughly enjoy taco bell as his staple. LOL

anyways.. Jeffree comes onto snap to confront this drama saying that it's not true!
But who knows?
what do you think? 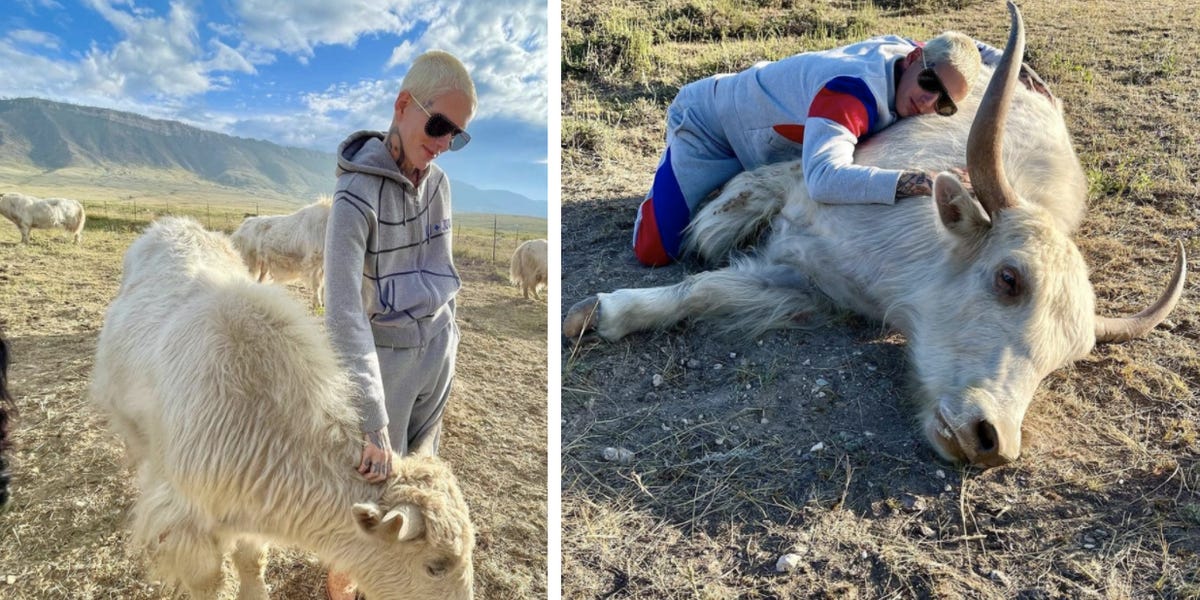 Jeffree Star left his $20 million California mansion and luxurious lifestyle behind to settle in a more rural setting in Wyoming with yaks.